How to Use Apex Legends Companion?

Apex Legends is an intensive first-person shooter, which is why the in-game Apex Legends Companion features are only shown when they are required; you will see the K/D heatmap only when you view your in-game map, and the Pick Assistant will only be shown during the Legends selection process. When the right time comes for these features to be shown, they will automatically fit into the needed place on the screen, e.g., the heatmap appears directly over the mini-map.

This should provide a better in-game experience to our users because there is no need to waste time on learning dozens of hotkeys that display needed info.

If you want to get acquainted with our app in the fastest way, you can view our video preview which provides a quick glimpse into the Companion and its features. 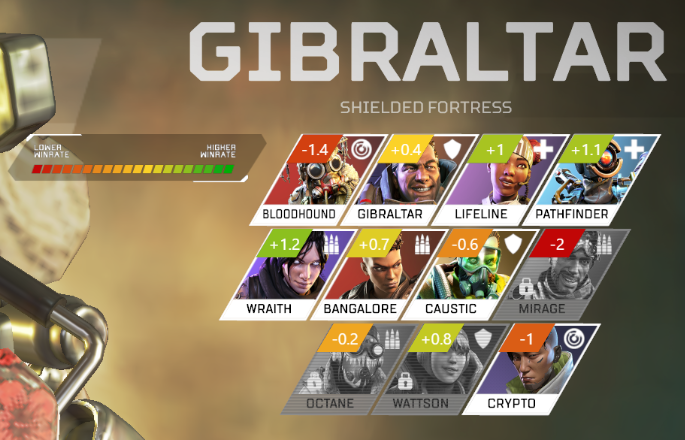 This feature is shown during the Legend selection process with suggestions of which Legend you need to pick to increase your chances of winning according to previous players’ experiences. After each Legend selection, you’ll see updated ratings that show which Legend you should choose in order to build the best possible squad. Ratings are based on the legends combinations' average score. 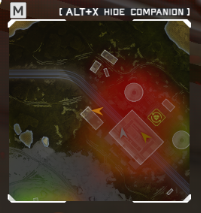 This feature is shown when the user views an in-game map or during the game when the mini-map is shown. The heatmap appears on top of your in-game map and radar to show you where you should and shouldn’t be. It displays areas where players have gotten kills or been killed. This info helps you stay alive and get more kills according to previous players’ experiences. 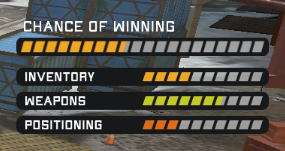 This feature is shown generally in-game. The Player Vitals displays your current chance of winning based on inventory, weapons, and positioning to help you understand what you should do in order to improve. 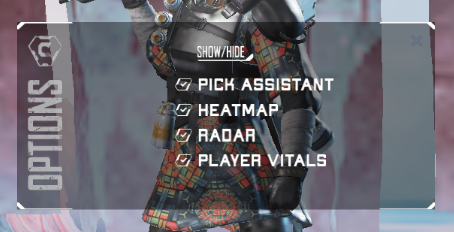 With the Overwolf overlay hotkey (Ctrl+Tab by default, can be changed in the settings), you can open the Options window to manage each feature. You can easily set up which features you want to show or hide while playing.