What is Trophy Hunter?

Hello Summoner! Are you ready to join the circle of Trophy Hunters?

Prove your skills by achieving trophies for extraordinary performances in a League of Legends game! Are you the Katarina who receives one multi-kill one after another or the tank who boldly takes the enemies burst for his team and still manages to not go down? Or are you the support who provides the vision that his team needs or the guy dealing the damage for his team? For all of you, there is “Good news everyone!” (Prof. Farnsworth).

You can now strive for specific goals that show extraordinary performances of your specific playstyle. Gain honor and respect by unlocking more and more trophies and thus improving your overall Trophy Hunter Score. Let thy hunt begin! 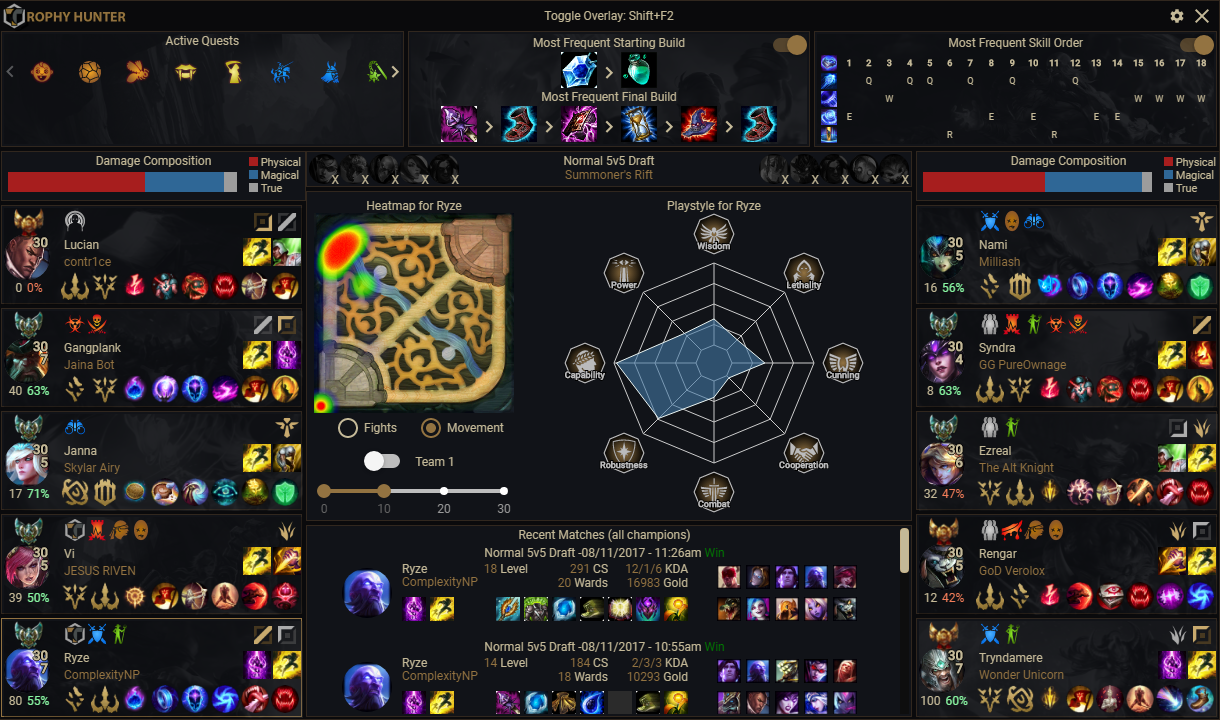 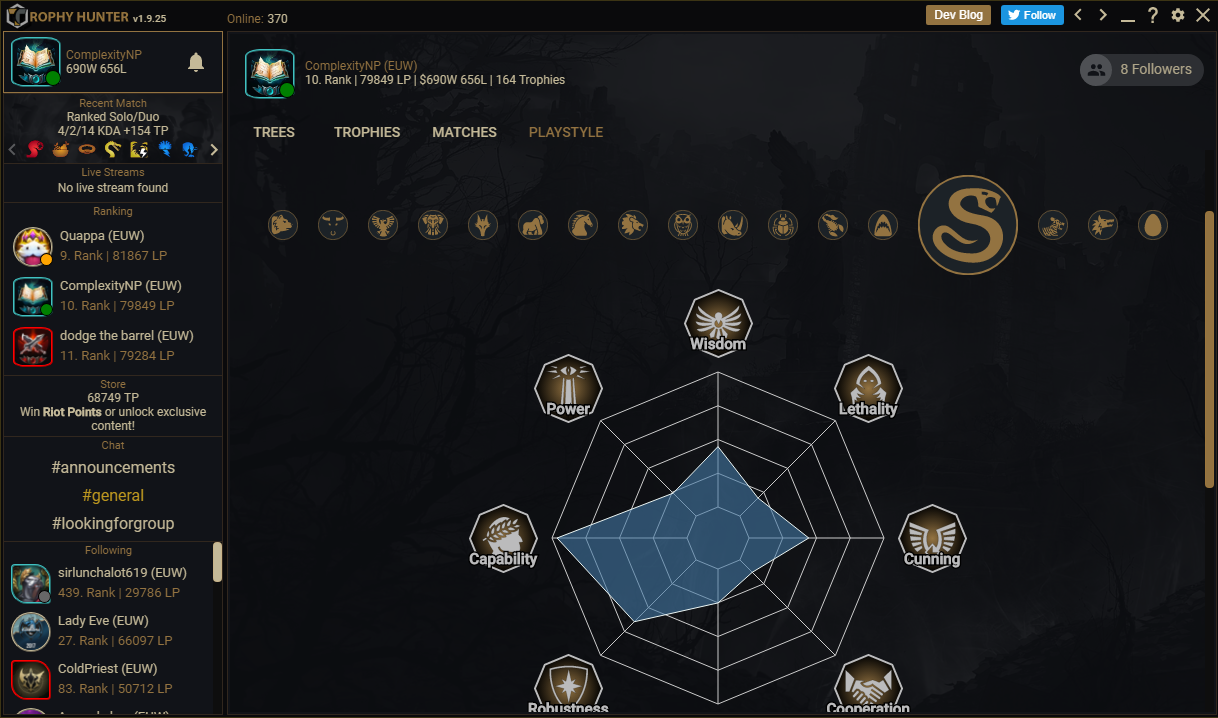 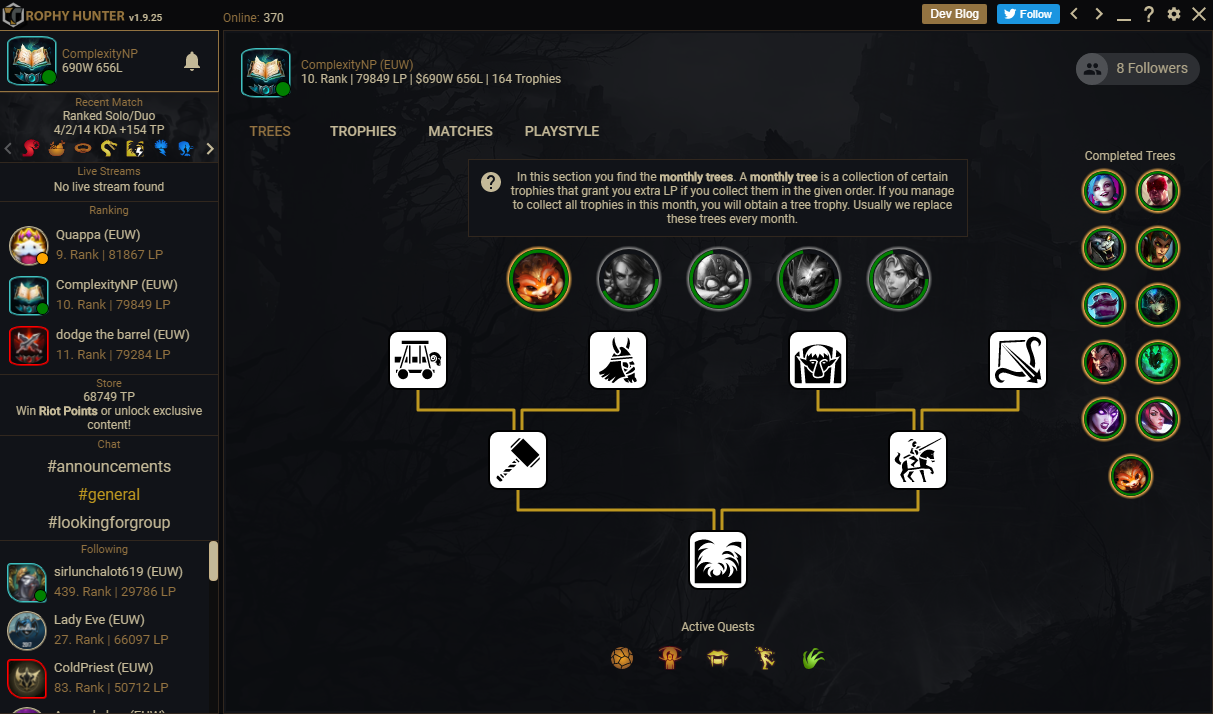 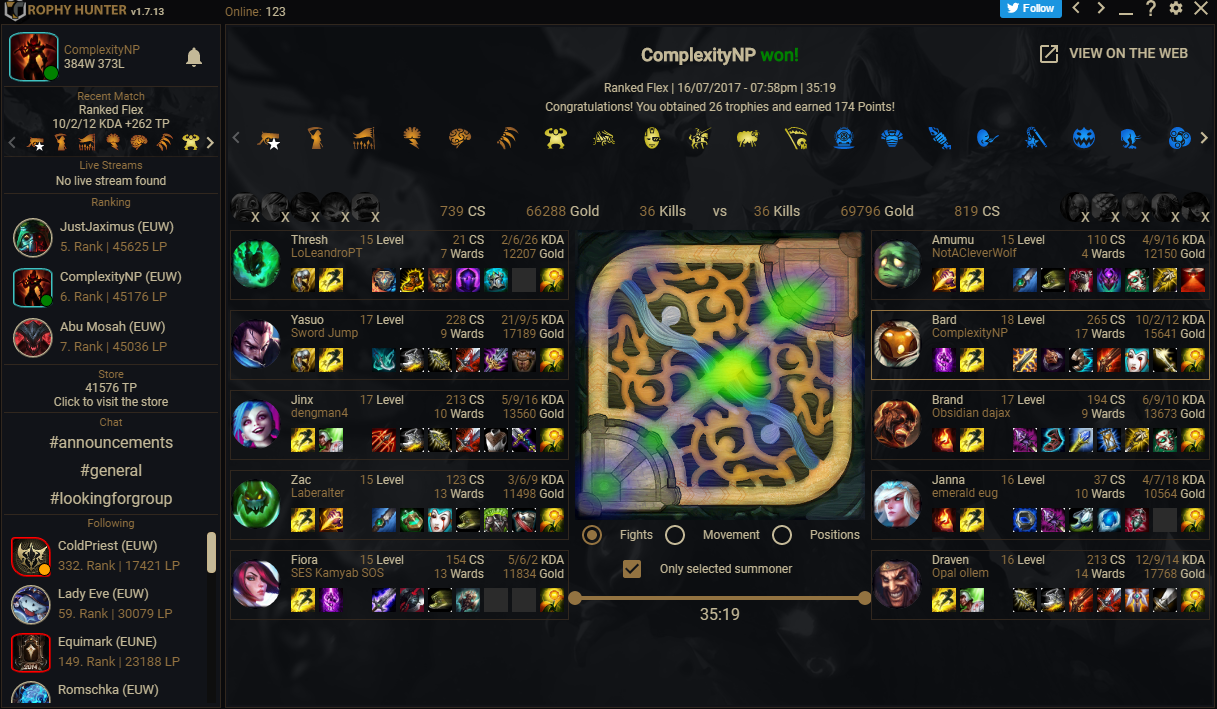 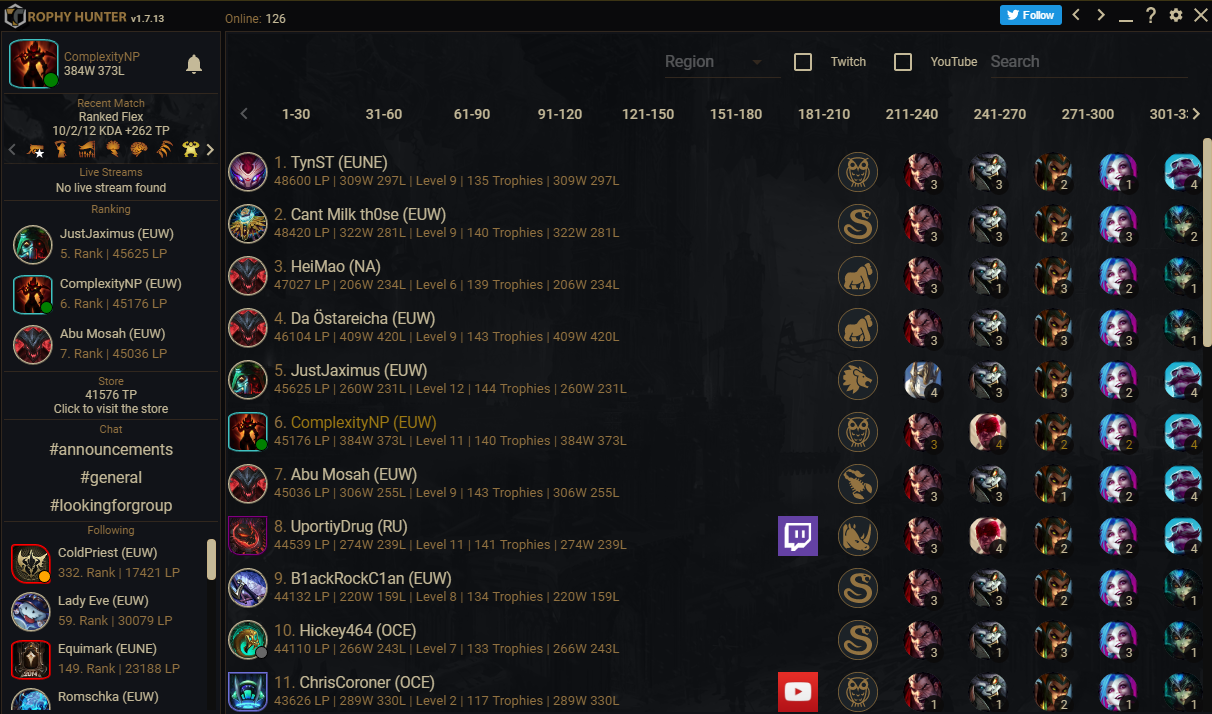 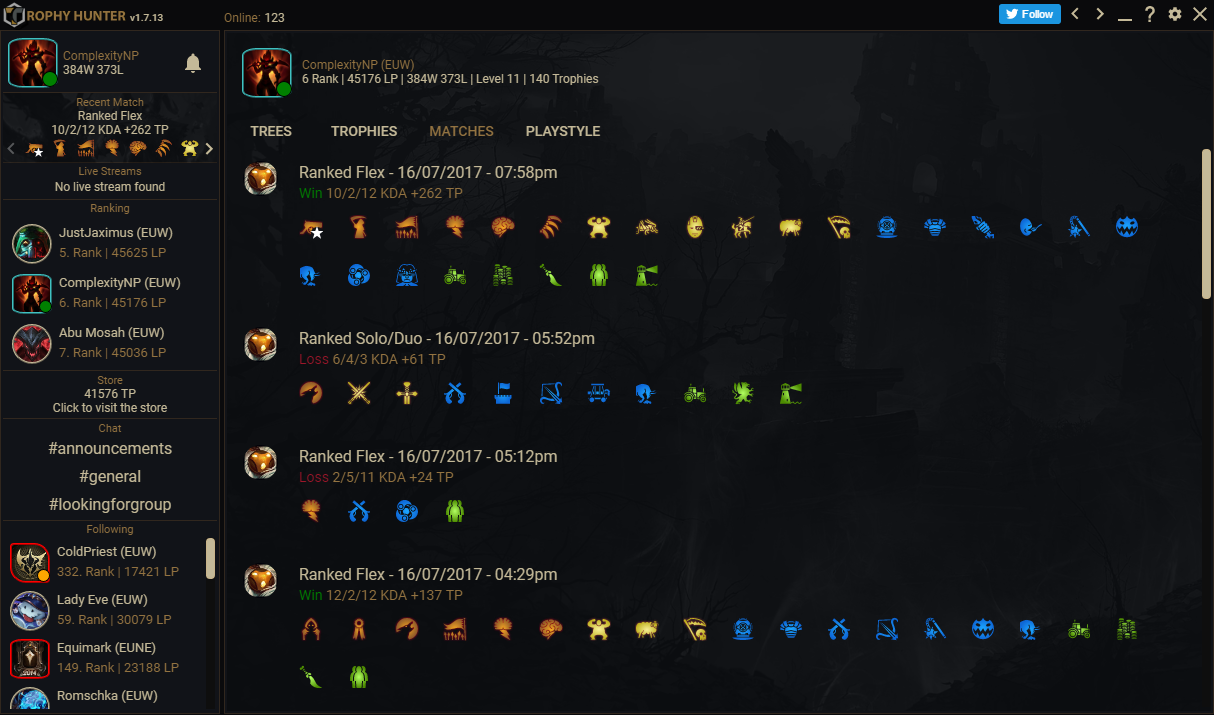 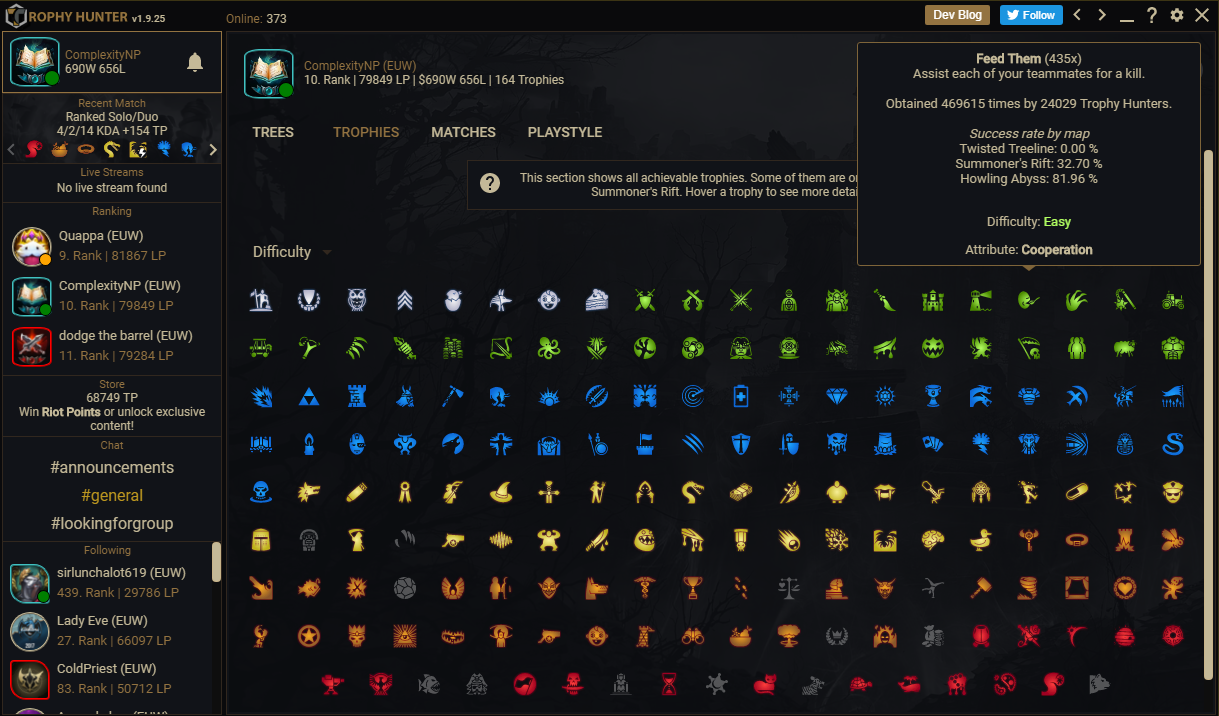